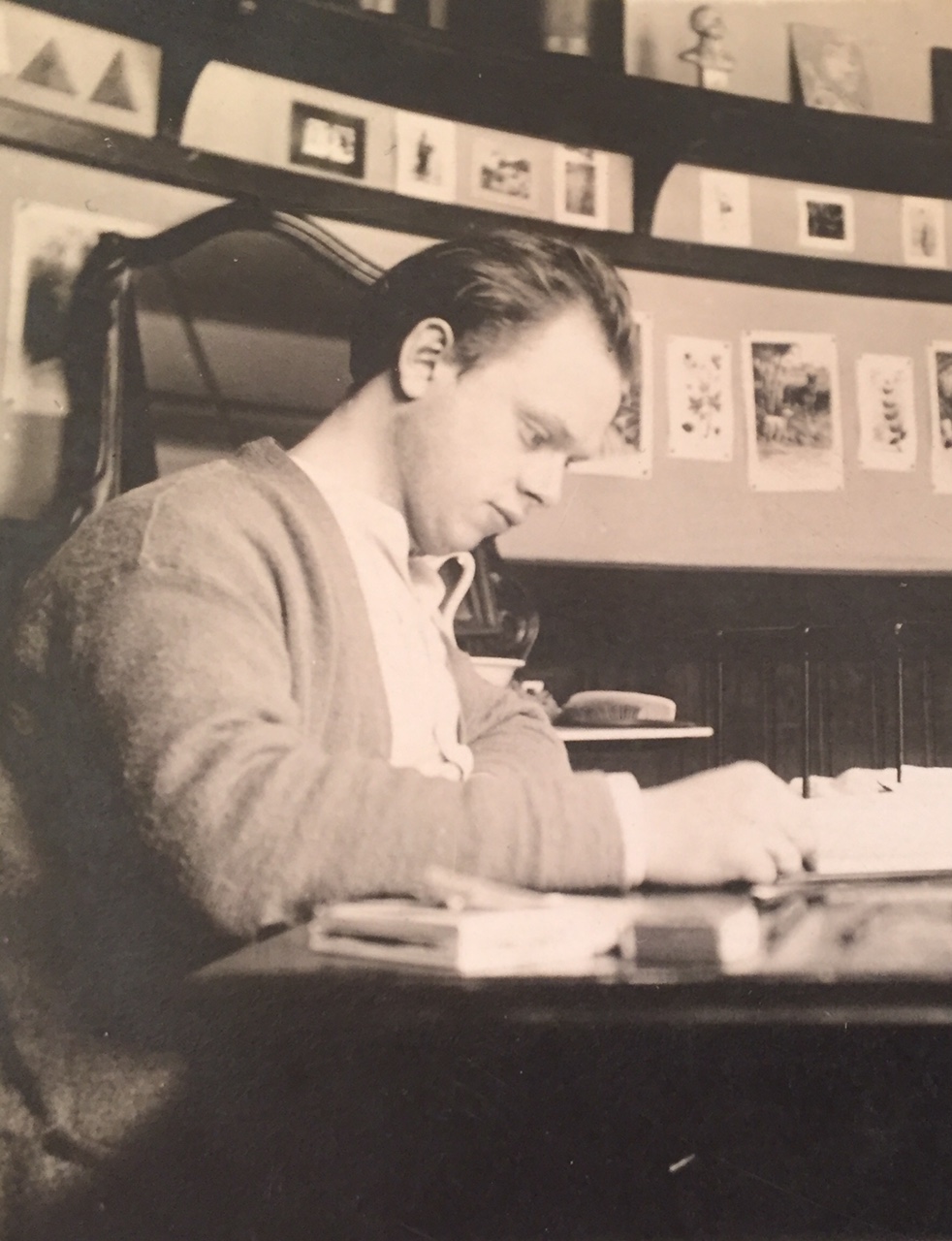 Alex DE TAEYE (Brussels, 1898-1952) is one of Belgium´s most distinguished composers and musical figures whose mature musical style reflects an affinity towards a solid, emotional late 19th century Romantic orchestral style. De Taeye was a composition student at the Brussels Conservatory and taught the Conservatory since 1929. In 1931 he was appointed director of the Conservatory in Mons and in 1948, under his inspired direction, the Mons Conservatory was upgraded to the status of Royal Conservatory.

He won several awards and recognitions in composition such as:

His most brilliant recognition was the award of the Grand Prix the Rome in 1927 for which De Taeye composed Le Rossignol.
De Taeye was also a professor at Brussels Royal Conservatory and he simultaneously enjoyed a distinguished career as symphonic conductor and lent his talent and support to various amateur musical organizations.
Alex De Taeye studied composition with the eminent pedagogue Paul Gilson who instilled in De Taeye the respect for classical forms and late 19th century Romantic melodic expressions.
During the years twenties, he composed as well the soundtrack of many silent films.
During his life, De Taeye produced a catalogue of 200 impressive works for symphonic orchestra, harmony and brass band, chamber music, instrumental and vocal music, choirs, theatre and ballet music, religious music and a lyrical drama Yannick. 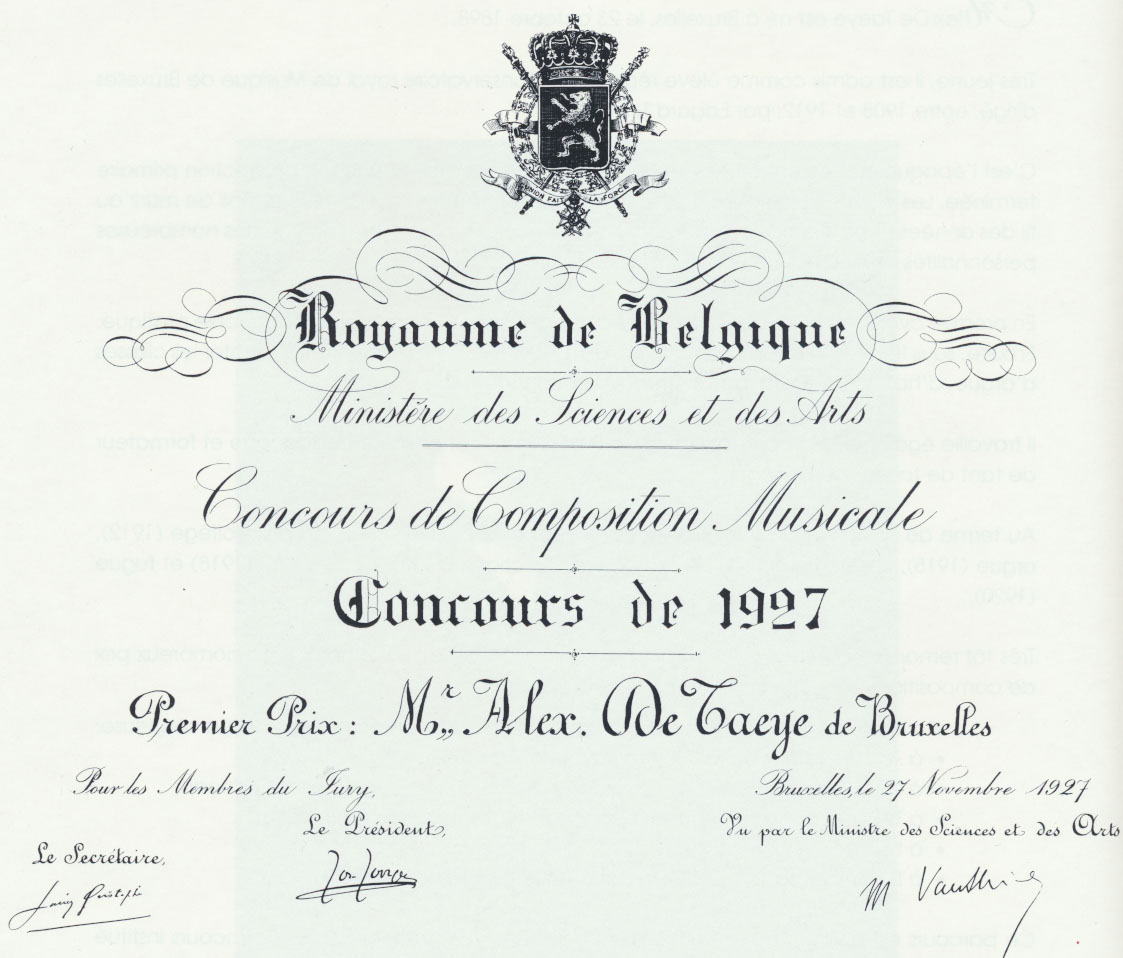 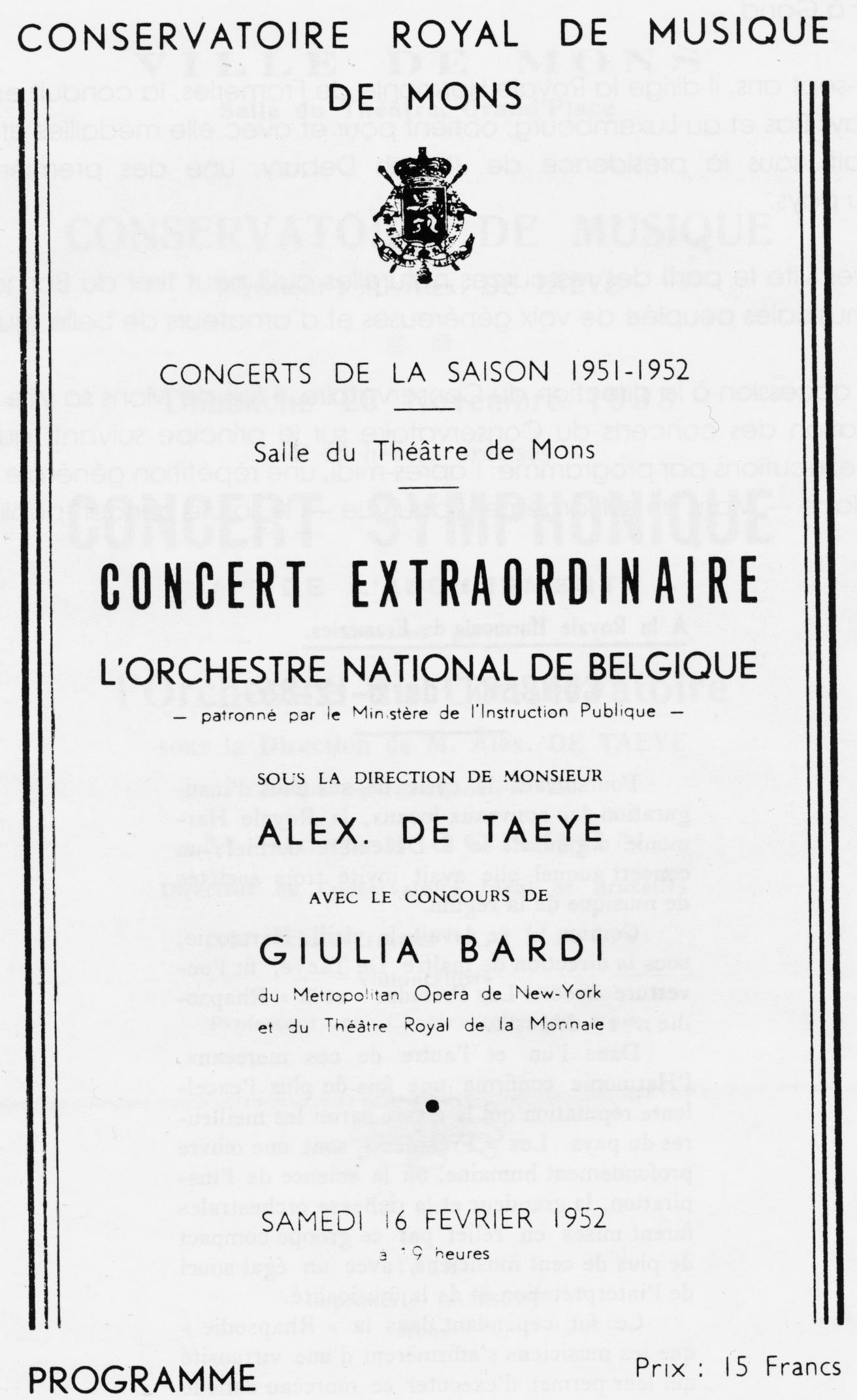 Alex De Taeye was also a re-known orchestra conductor. He conducted during 27 years the Royale Harmonie of Frameries in Belgium, France, Netherlands and Luxemburg. He conducted as well the Mons Conservatory orchestra as well as the Belgium National Orchestra.

During his last concert in 1952, he conducted the Belgium National Orchestra and accompanies Giulia Bardi from New York Metropolitan Orchestra and Royal Monnaie Theatre.

His daughter Nicole De Taeye created a Foundation to continue the work of her father and keep the sound of his music alive. The Foundation is nowadays managed by Alex De Taeye´s granddaughter bearing the same name, Nicole De Taeye and grandson, Jean-Pierre Hiard.
Menu